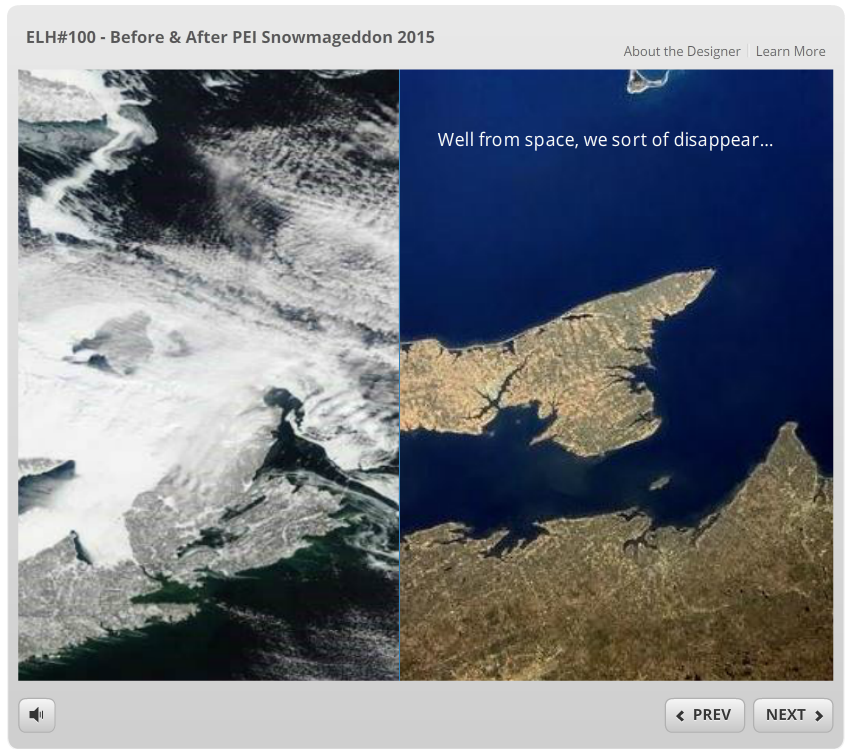 Last year was the snowiest winter on record in Prince Edward Island, with more than 17 feet of snow falling to the ground. While the snow resulted in many storm days, and lots of snow shoveling, it also resulted in amazing images capturing the snow and just how much of it there was.

The focus of this E-Learning Heroes Challenge was to demonstrate methods of showing before and after interactive visual comparisons in e-learning. While I explored the wonderful submissions of other instructional designers I was inspired to try to create an interaction using a slider like Michael Hinze has. The slider interaction allows you to drag the wintery space image of Prince Edward Island over the lush green one.

Photos say a thousand words. View the interaction and see some amazing photos of snowmagedon.